As in years past, the end of February marked a rise in ticket prices for Walt Disney World. But this year the increase stung even more as Disney’s in-park offering remain less than pre-pandemic levels.  Certain park hopper tickets increased as much as $50 per person – and during Spring and Fall, some busier weeks increased by almost $200. While the House of Mouse remains one of the most popular destinations in the U.S., rising ticket prices, put a strain on most wallets.

Even during Florida’s tourism high seasons, Universal Orlando Resort tickets can be as much as 50% cheaper than Walt Disney World tickets. Visitors can purchase a three-day park pass with park-hopping ability at Universal Orlando and receive two days free—totaling out to $59 per day per ticket.

Compared to Walt Disney World’s theme park tickets, you’re paying for all five days at a total of $124 per day with a park-hopper option.

If you visit Orlando often or are also a local, even the annual park passes at Universal Orlando resort cost less and offer some more perks. A Universal Annual Preferred Pass is $399, with no blackout dates, free parking, discounted food & merchandise, as well as park-to-park access year-round.

For almost the same perks at Walt Disney World, you’d need to purchase the Disney Incredi-Pass for $1,299—and you’ll still pay for parking. A step below that would be the Disney Sorcerer Pass, and you must be a Florida resident or Disney Vacation Club owner to purchase.

The Disney Sorcerer Pass is still double the price of a Universal Orlando Annual Preferred Pass, and blackout dates apply for special events and peak seasons.

Park-Hop, Shop, Eat and Catch a Concert Without Getting in the Car 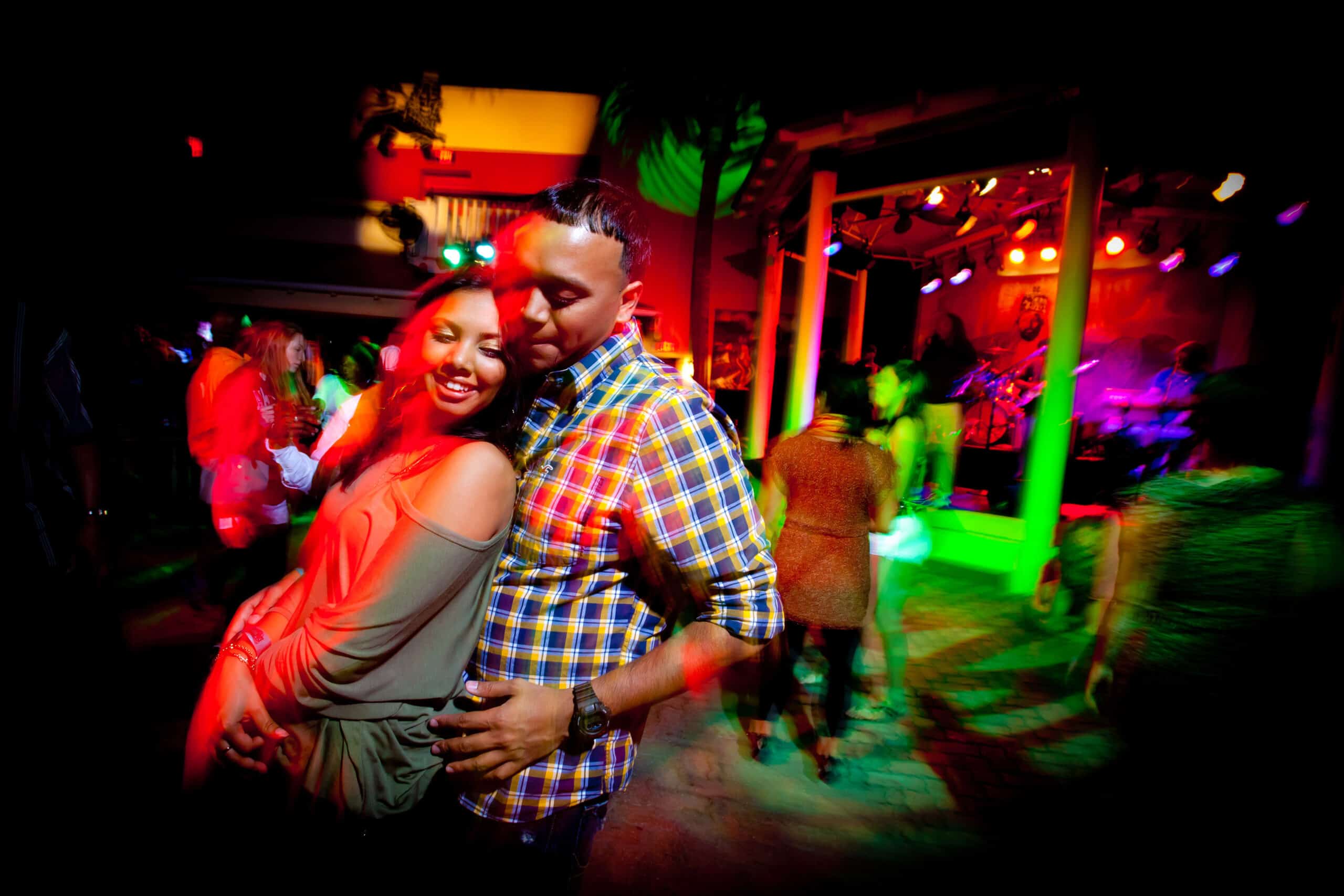 With two theme parks side-by-side and Universal Orlando City Walk in between them, getting from one Universal Orlando Resort Park to another is just a few steps (or even a ride!) away. Head to CityWalk in the morning and enjoy a unique and delicious donut from Voodoo Donuts, make your way through Diagon Alley at Universal, then hop on the Hogwarts Express to end up in the Islands of Adventure.

When the parks close at dusk, you can even catch a concert at the Hard Rock Orlando in the evening. All without getting in the car or taking a shuttle bus.

While Disney has gondolas and a monorail system to transport guests from parks to resorts, this can still take up a substantial amount of time in your day when you could be enjoying more rides, bites to eat, or entertainment. 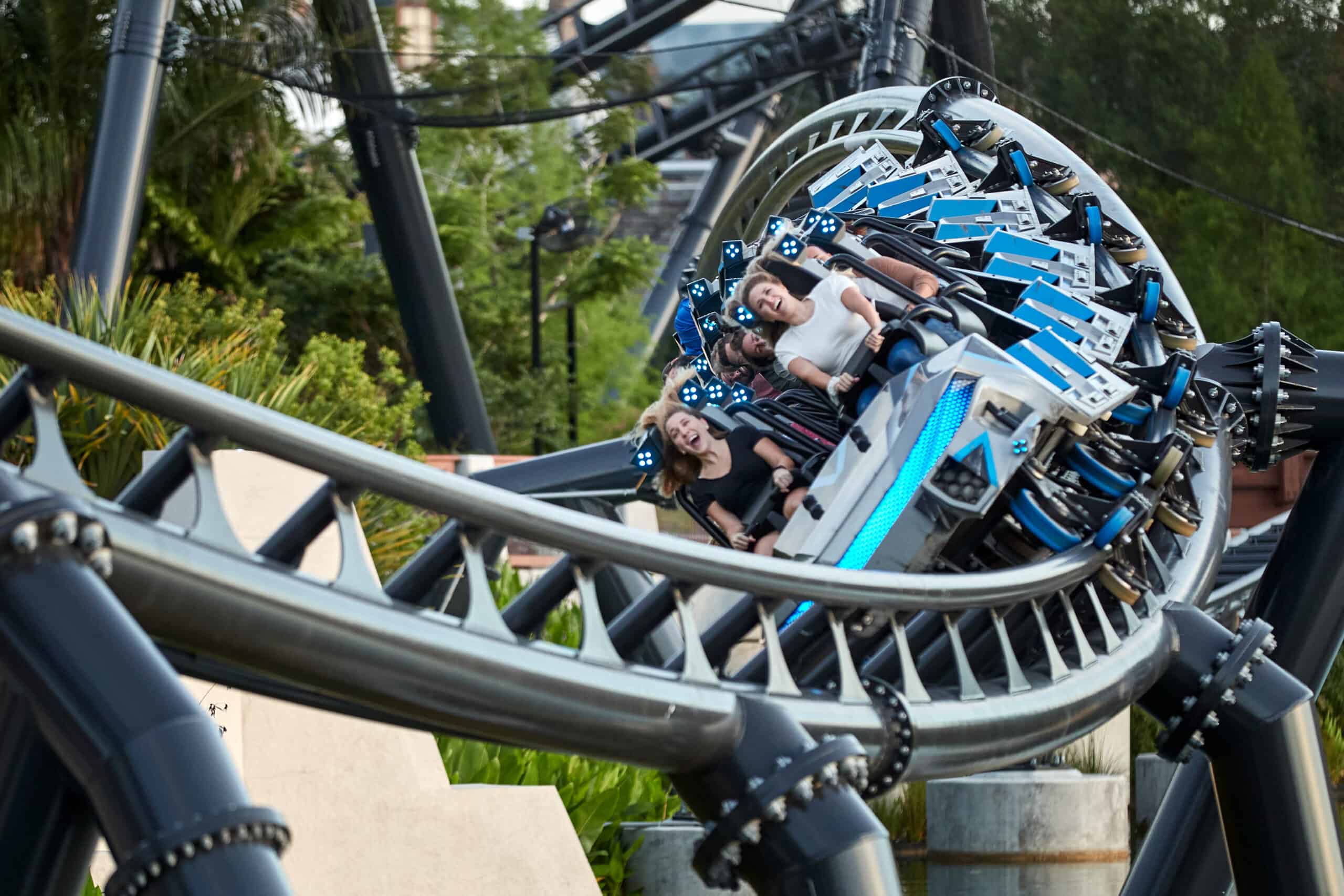 Before Hollywood Studios, MGM was the only place you could go on a rollercoaster in Walt Disney World with thrilling loops and corkscrew curves. A few fast rides and thrills are scattered across the five theme parks now, but nothing compared to the rollercoasters at Universal Orlando Resort. For adults and teens, this might even be a more exhilarating experience as well.

Hollywood Rip Ride Rock-it is an interactive ride that lets guests pick their favorite song to listen to while they are catapulted 167 feet into the air. Of course, the Incredible Hulk Coaster is a long-time favorite for Marvel fans and thrill-seekers. It’s the second fast roller coaster on Universal Orlando Resort property and lasts up to two minutes.

The newest addition, VelociCoaster, includes four upside-down loops and a 100-foot-long “zero-gravity stall” that will make your stomach drop. Themed after the Jurassic World movies, it’s been a significant attraction for visitors since its opening.

The Wizarding World of Harry Potter 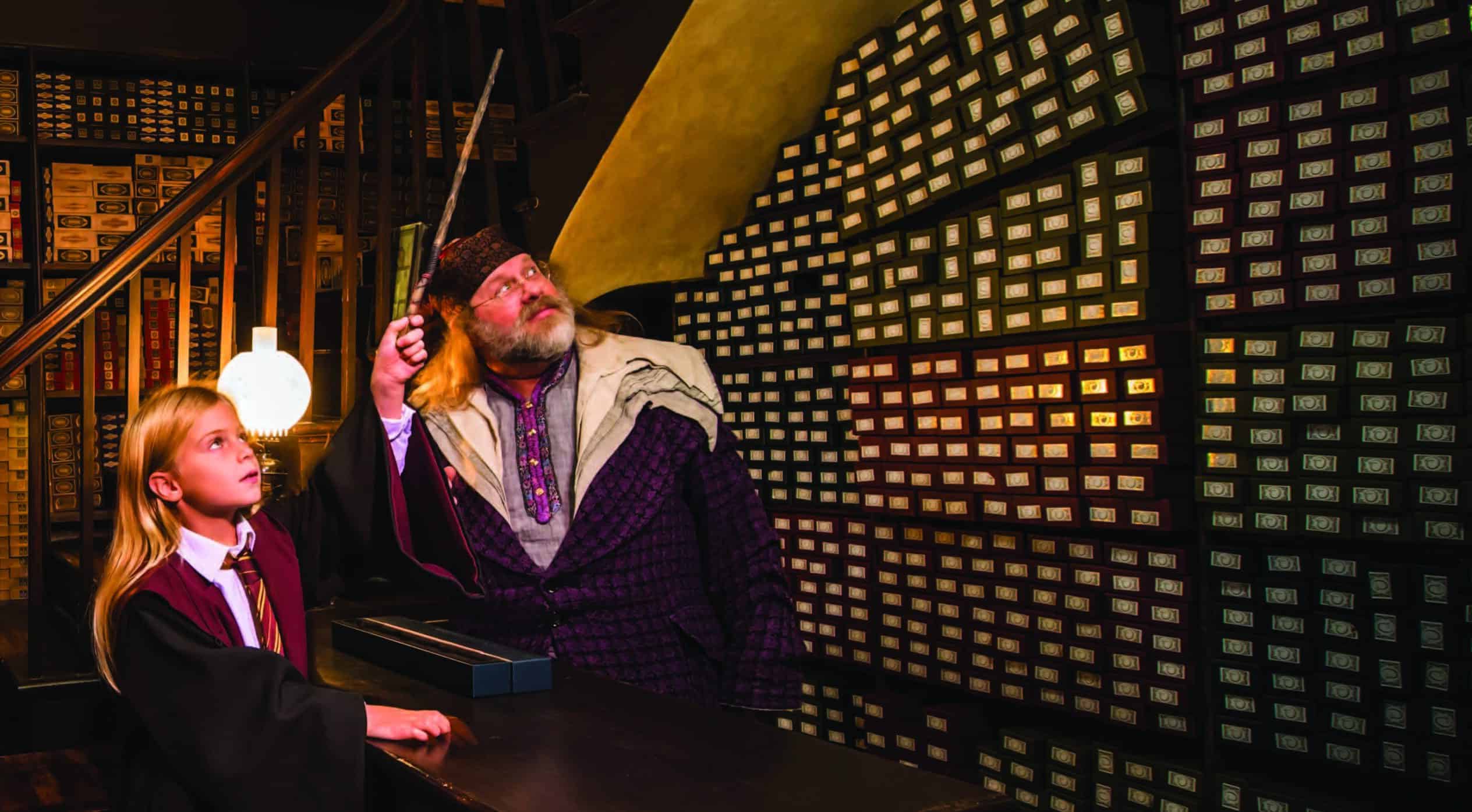 This is a point all on its own. This immersive section of the park makes visitors feel as if they are really in Diagon Alley, with Ollivander’s Wand Shop (there’s even an interactive experience for a guest in the crowd to pick their wand), Gringott’s, and Knockturn Alley for visitors that prefer the Dark Arts.

Guests say that this experience at Universal Orlando Resort is an unforgettable treat. After you have finished riding on the twists and turns of the thrilling rides, a cold Butterbeer from The Three Broomsticks will delight. 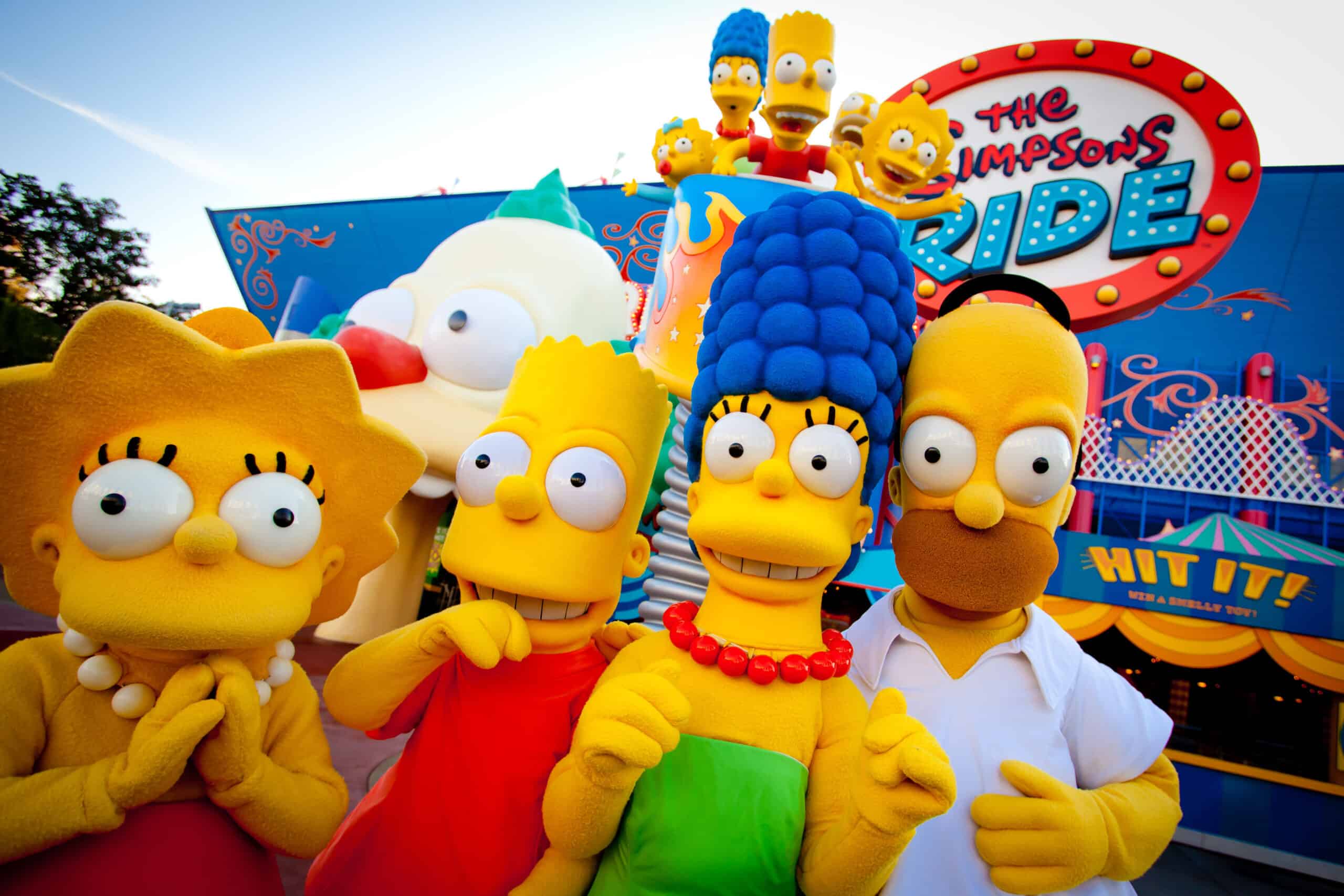 We all love the nostalgia of Disney movies, and visiting Disney World is a treat for most. However, fairy princesses and pixie dust may not be for everyone, especially the teens in your travel party. 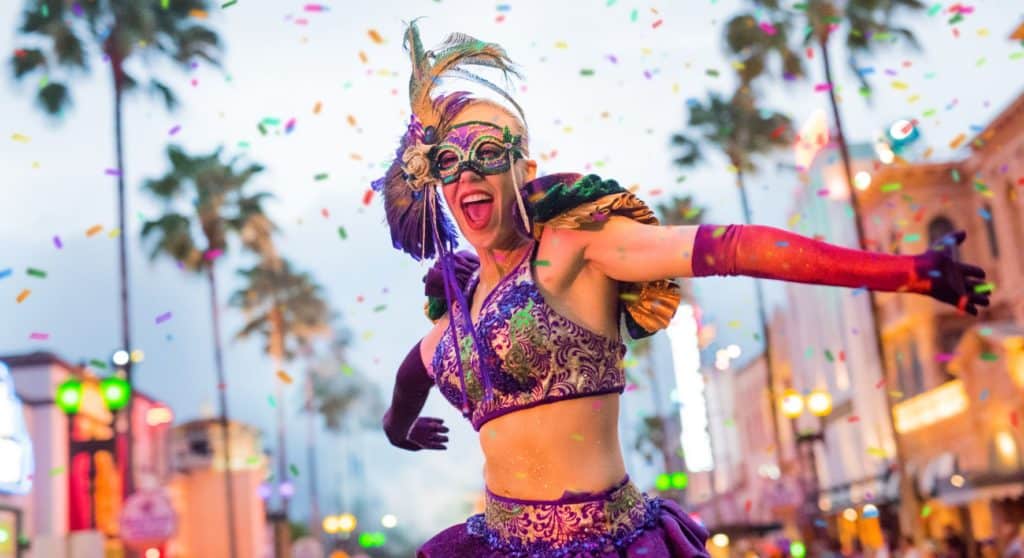 Mardi Gras, Halloween Horror Nights, and Grinchmas make up several months of exceptional experiences unique to Universal Orlando Resort. Plan your trip around some of these exciting seasonal events to make your trip all the more special.

Horror-movie lovers look forward to Halloween Horror Nights, between September and November annually. An additional pass or ticket is required to attend the event starting at 6:30 pm every evening.

Scare-Zones and mazes are scattered across the park as guests move from one haunted house attraction to the next. Pro-tip: If you’re not a horror fan or think the event may be too scary for you, you can always find ways around most of the scare zones and go on rides all night long instead. Rides have shorter wait times so you can enjoy the evening while friends or family are in the mazes!

The Grinch comes to Universal Studios during Grinchmas. A winter holiday celebration that runs from November to early January every year.

Besides the iconic meet-and-greet experience, Seussland at the Universal theme park is decked out with a towering Christmas tree, tinsel on every building, garlands, Christmas lights, and wreaths. During the winter season, it’s a must to go to Universal Orlando Resort.

You’ll See Everything in One Trip 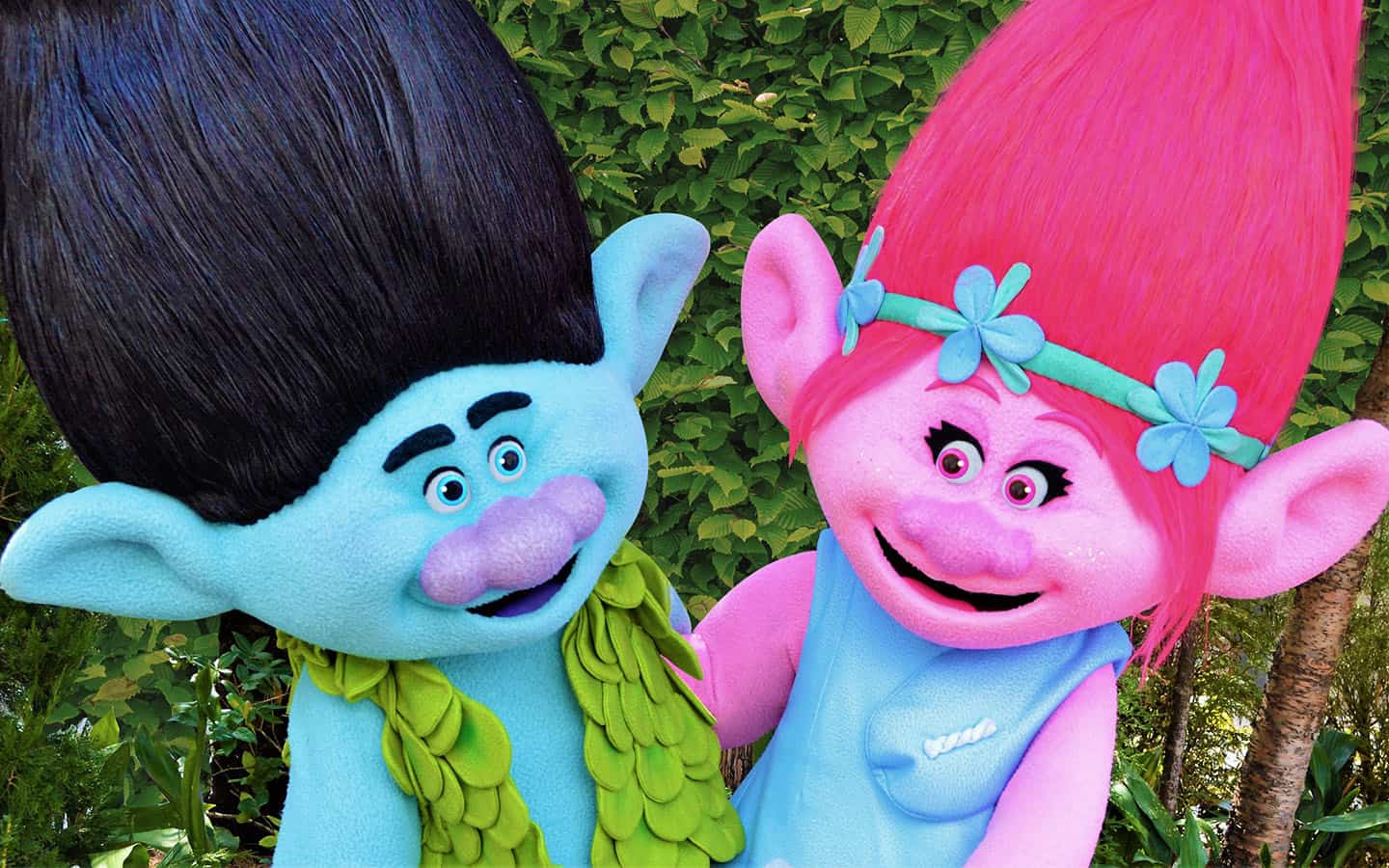 This may not be a perk to everyone, but if you don’t get to make your way to vacation in Orlando very often, you know you’ll get your money’s worth and see everything that Universal has to offer in just a day or two.

With just two theme parks, Volcano Bay and CityWalk, you’ll have a thrilling yet relaxing experience. Plus, with typically lower crowds at Universal, you’ll find shorter wait times for most rides.

There are plenty of things to do in Orlando besides theme parks that locals love, but if you ask an Orlando-native where they’d rather go, you’ll probably hear Universal Orlando Resort more often than Walt Disney World.

This article was produced by Money Saved is Money Earned and syndicated by Wealth of Geeks.